A superhero that can defeat monsters with just ONE punch? Sounds like their dream, right? Wrong! In manga and anime hero parody series One Punch Man, poor super-strong Saitama is so bored of being unable to meet his match. Looked down on by other Heroes Association members for his plain appearance, he is constantly trying to find stronger opponents to challenge him. Don't let someone else beat you to the punch - show your respect for this unappreciated hero with our official One Punch Man gifts and homewares now. 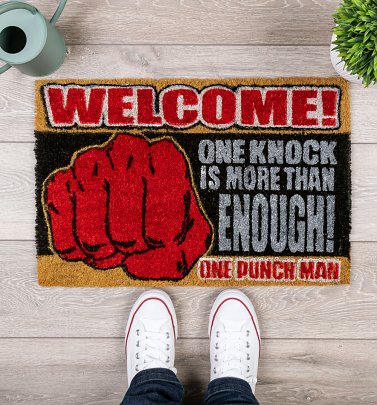