Put your glow sticks in the air for our Hatsune Miku merch collection, inspired by the digital pop star that’s taken Japan - and the rest of the world - by storm. Created by Crypton Future Media, Hatsune Miku, also known by her code name CV01, is a Vocaloid or singing voice synthesizer who has performed at hundreds of sold-out 3D concerts and has over 100,000 songs released worldwide. Now the star of her own manga series, Hatsune Miku has become a digital celebrity in her own right - and we think there’s no better way to celebrate the virtual idol with our Hatsune Miku clothing and gifts, perfect for fans of the global sensation. 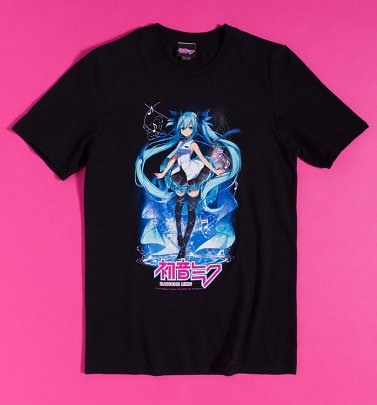