Willing to attack and offend anything and anyone, no-one courts controversy like rapper Eminem! When Eminem, aka Marshall Mathers, burst onto the music scene in 1999 with his major-label debut The Slim Shady LP, he became an unexpected, unstoppable phenomenon, with his unique delivery, crossover appeal and brazen attitude. Everyone definitely knows what his name is now - pay homage to this influential musician with our official Eminem T-Shirts! 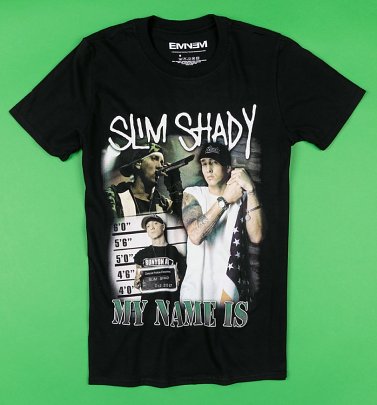