Probably the most ingenious and imaginative comedy to ever grace British TV, John Cleese, Graham Chapman, Michael Palin, Terry Jones and Eric Idle, (along with famous surreal animation from Terry Gilliam) fully embraced the '60s satire boom to create the truly trailblazing Monty Python's Flying Circus! The pioneering pythons threw away the rule book of traditional sketch writing, dispensing with punchlines so the audience would never know where an episode would take them next, and establishing some of the most memorable and surprising moments in comedy history - after all, nobody expects the Spanish Inquisition! With four TV series, three ground-breaking films and a whole host of books, the group became a global smash hit. Commemorate the Monty Python phenomenon with our head-turning, official Monty Python T-Shirts, which celebrate the history of the group, from Flying Circus to present day. 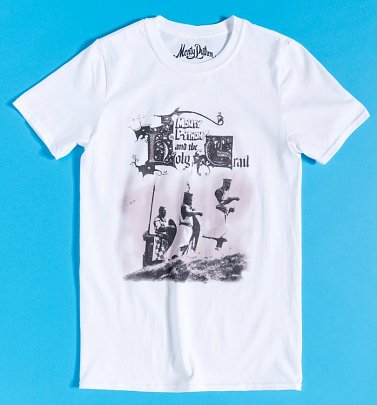