Released back in 1973, The Wicker Man has long been considered a total cult horror classic and it's not difficult to see why! Arriving at the remote island of Summerisle, Sergeant Neil Howie is tasked with investigating the strange disappearance of a young girl, Rowan Morrison. The plot thickens when island inhabitants deny she ever existed despite obvious clues she did. Howie learns that the locals are pagans, practising old rituals, and Rowan is probably alive and being prepared to be sacrificed after a failed harvest.
Pay homage to this true cult classic and horror icon with our collection of The Wicker Man TShirts and merchandise. 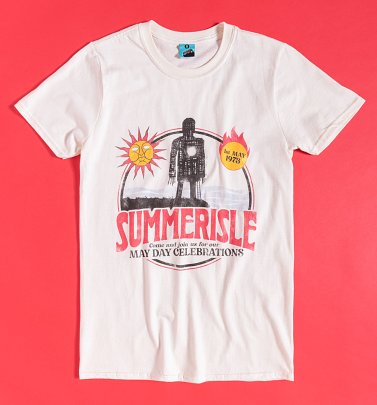