The future of the human race may not depend on our awesome The Terminator clothing, but your future fashion cred certainly does! Sent back through time to 1984 to kill Sarah Connor, a woman whose unborn son will lead the human race to victory in a future post-apocalyptic war against machines, is cyborg assassin The Terminator - but he hasn't banked on soldier Kyle Reese following him there, to stop The Terminator destroying their future and wreaking havoc on the human race. Spawning four sequels, a TV series, comic books and novels, if you're a fan of this mega movie machine show off some Arnie appreciation in style, with our official The Terminator T-Shirts - or add some '80s awesomeness to your abode with our Terminator homewares. 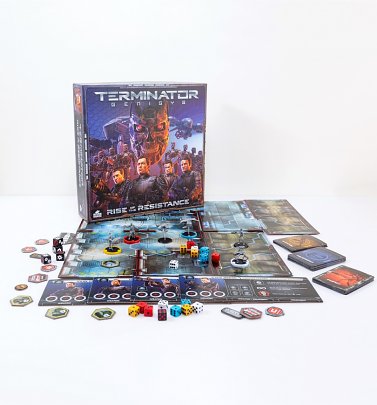 Terminator Genisys Rise Of The Resistance Board Game by Riverhorse $77.28
USD