We’re going to make you an offer you can’t refuse... Show your appreciation for Francis Ford Coppola's mob masterpiece with our official Godfather merchandise. Released in 1972 and adapted from the 1969 best-selling novel by Mario Puzo, The Godfather widely regarded as one of the greatest films in world cinema and launched a trilogy that earned nine Oscars. Its creative cinematography, haunting score and iconic performances by the likes of Marlon Brando and Al Pacino make it the ultimate, classic crime movie and we've channelled some of our favourite moments into our exclusive range of official Godfather T-Shirts. It's time to join the family business and 'don' your very own Godfather clothing. 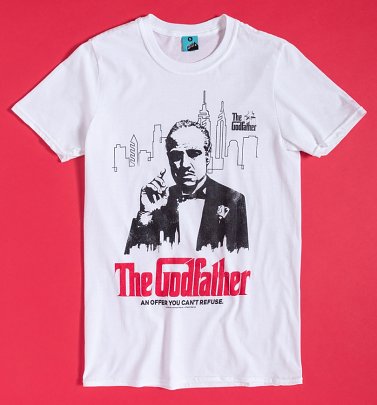