My Hero Academia T-Shirts and GIfts

Manga-mad fans - it’s time to get powered up with our official My Hero Academia merchandise collection! Originally published as a manga series in 2014 with an animated television show debuting in 2016, My Hero Academia swiftly became a worldwide phenomenon - in fact, as of 2021, there were 50 million (say what!) copies in circulation around the globe. Now with a much-anticipated live-action movie on the way, our obsession with My Hero Academia is set to reach new heights - and we’re super-hyped to see the epic adventures that Izuku Midoriya (along with the special powers that he’s inherited from the one and only All Might) faces next. So get ready to be your own superhero - just like Izuku - with our My Hero Academia T-Shirts, clothing, anime gifts and more! 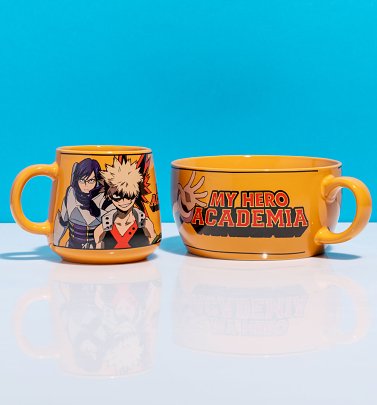