Anime fans - sink your teeth into our official Tokyo Ghoul merchandise, now live on TruffleShuffle! Written and illustrated by Japanese artist Sui Ishida, Tokyo Ghoul first made its debut in Shueisha's seinen manga magazine between 2011 and 2014, before being adapted into a hit anime series with two epic live-action films to boot. Set in an alternate reality where flesh-eating ghouls live alongside the human population in secret, Tokyo Ghoul follows the story of shy, reserved college student Ken Kaneki who is attacked by his deadly date Rize Kamishiro - and soon discovers that he’s become part monster himself. A darkly terrifying take on the human condition, this awesome anime has got us hooked - so join us as we get stuck into all its gruesome glory with Tokyo Ghoul gifts, clothing and more. 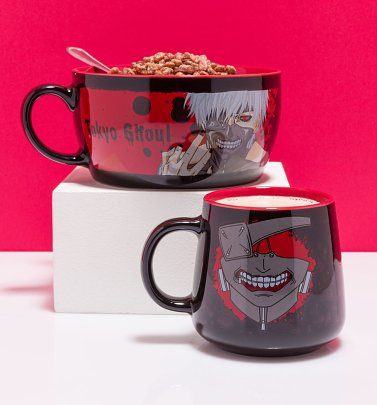