Whether meeting fellow droogs at the milk bar or slooshying the "Lovely Ludwig Van," you should don these platties! Our A Clockwork Orange T-Shirts and accessories honour Anthony Burgess's celebrated novel and Stanley Kubrick's cult '70s film, depicting Alex the thug and his gang of droogs in a futuristic Britain as they delight in terrorizing those around them, before Alex is captured by the police and is forced to undergo treatment to condition him safe for polite society. Alex becomes a 'clockwork orange', healthy and free of anti-social tendencies but crippled within by reflex mechanisms. Our Out Of Print A Clockwork Orange T-Shirt and tote bag, featuring a print of the 1972 Penguin softcover by David Pelham, make super-cool, offbeat additions to your wardrobe! 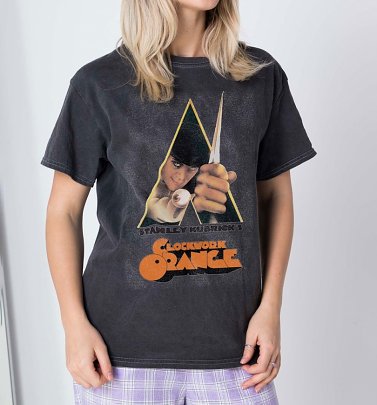