With his violent on-stage antics and explicit lyrics, Alice Cooper was a controversial and massively popular performer in the '70s. He practically invented the theatrical horror rock that is admired by a new generation of hard rock fans and influenced tons of musicians to this very day, so we think it's only fair to show some respect for the iconic artist and band! What better way than with our awesome Alice Cooper T-Shirts from Amplified, a brand born out of a love for all things that rock! 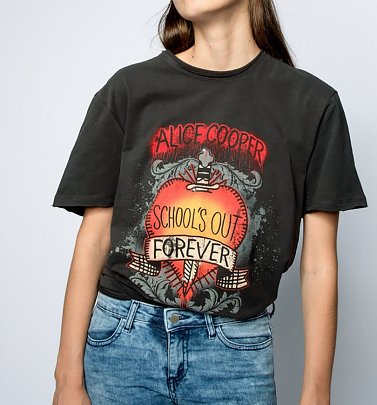