Holy smokes! Deep Purple are considered to be a hugely influential '70s rock band, cited as part of the unholy trinity of British hard rock and heavy metal in the early to mid-seventies, along with Black Sabbath and Led Zeppelin. Their classic 1972 album Machine Head is one of their most popular, featuring the massive hit Smoke on the Water and our Deep Purple T-Shirts, with album artwork print, are a great way to show your appreciation! 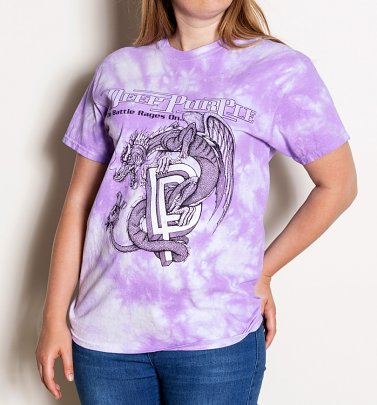