'Catch That Pepsi Spirit!' Initially known as 'Brad's Drink', Pepsi was created all the way back in 1898 and after a speedy re-brand as Pepsi-Cola, it was an instant smash hit! The Coca-Cola competitor has delighted millions over the decades ever since (after all, it is the choice of a 'new generation'). If you gotta have it, you'll fizz with delight when you see our official Pepsi T-Shirts with their wicked, retro-style artwork, from brands like Chunk. The perfect way to show some old-school love for the soda staple! 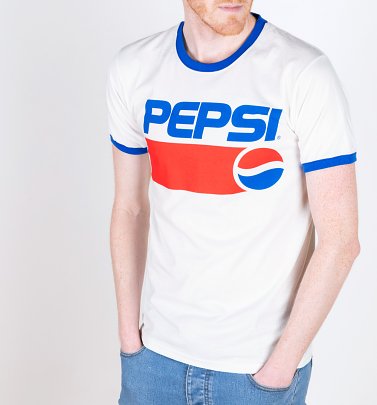